Dear Fulldive VR users, our last update complies with Google's new policy which requires app upgrade from 32bit to 64bit. Crashes & lags are well-known issues and we are working hard to fix it.

Fulldive VR is on Cardboard and Daydream. On Daydream, open Fulldive app through Daydream app library since you can't access by clicking the icon.

With Fulldive VR, you can earn cash ????& rewards ????in Bitcoin, Ethereum & other crypto currencies, and also gift cards by doing what you love - listening to music, chatting, browsing, watching videos in virtual reality. Make money and passive income on your inside VR!

Search over one million videos and play over 500 games in our VR Market & watch thousands of 3D and 360 photos and videos!

Fulldive VR rewards you Fulldive Coins which you can redeem for Bitcoin cash, Ethereum & gift cards.

If your screen drifts or shifts left and right, please calibrate your device's sensor by following the steps in the link below: http://android.stackexchange.com/questions/59532/how-can-i-calibrate-the-tilting-sensor-on-android

Why Fulldive?
Fulldive is a virtual reality platform for the masses. Explore thousands of 3D 360 panoramic VR movies, videos, games, and apps.

Disclaimer:
- Since Fulldive content is user-supplied, it may contain mature or adult content.
- Discomfort or motion sickness may happen as a result of using Fulldive

- I am stuck on the set up/tutorial page. How do I go inside the app?
Press the "Skip" button on the bottom right of the tutorial screen or enable screen-rotation on your phone settings

- Stuck on the Orange circle.
Your phone does not have a gyro sensor. You need to change to a phone that has a gyro sensor to fully use the app.

- Drifting
Go to phone settings and recalibrate the gyro sensor.

- I don't see anything on the application.
Uninstall and reinstall the app and allow all permissions. This allows Fulldive to play content from your phone in VR.

Join our Telegram community!
?https://t.me/fulldiveapp ?
By joining this group, you’ll be able to get early access to future app updates. You can also share your feedback and suggestion directly to us. Welcome to Fulldive! 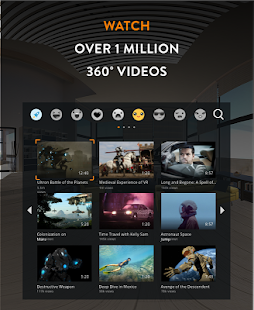 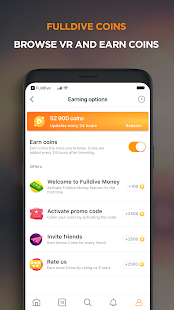 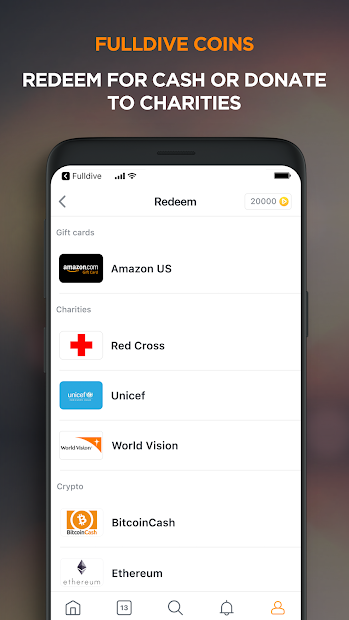 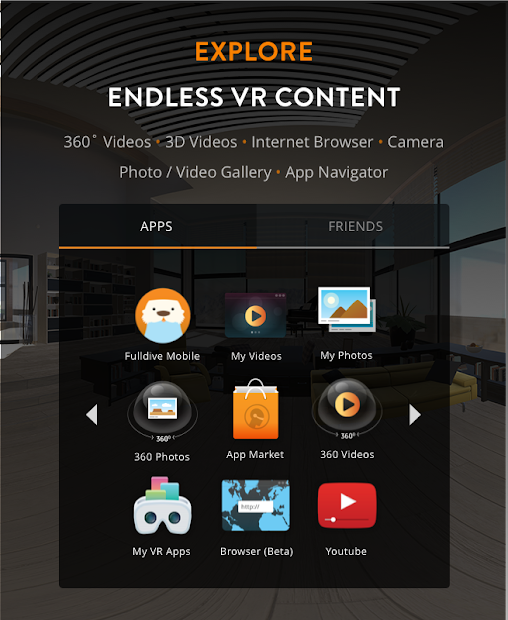